I'm starting to get conference mush brain, but I'm hanging in there because the talks in this conference are just that awesome! Without further ado, here's my takeaways from the final day of axe-con.

With so much big idea information in my head, it was refreshing to start the morning with some concrete patterns, tips and tricks to make a more accessible e-commerce experience. Since e-commerce can be a real bear to grapple with, I appreciated her take on how to make accessible 'add to cart' forms through use of HTML, appropriately tagged and announced button changes, and the various versions of notifications that you can use, whether they be inline, toasts, or dialogs. Not being a big toast user (or eater) myself, I'd have to agree with her general stance that toasts don't have much of a place in e-commerce interactions. What if you're distracted and miss the temporary message that says you added an item to your cart? Annoying for many, for sure, but it can be a huge hinderance for people relying on assistive technology and lead them to make shopping errors or abandon the experience altogether out of frustration.

Since RDG has built and maintains several e-commerce sites, one of my to-dos is to evaluate our checkout workflows and see what's possible for us to change or improve within the confines of platforms like Ubercart and Drupal Commerce.

I was very excited to hear this talk, and very excited after it was finished as well. Wilco, the project manager for WCAG 3.0, did a great job explaining the new guidelines in WCAG in 2.2, which should hopefully be officially launched later this year. We also got to hear a lot of exciting developments for WCAG 3.0, which is a much anticipated overhaul of the entire guidelines system. Since 2.2 has been in progress for awhile and we've been using the latest and greatest guidelines from there for awhile now, I'm focusing on the changes in 3.0 here (and probably again later in a more dedicated article!)

The most depressing part of this talk was learning that WCAG 3.0 won't be launching until 2028 at the earliest, unless they can come to an agreement on a different method of rolling it out slowly. Fingers crossed we can see at least part of this in action sooner than that!

Testing for Accessibility in the Development Cycle

I'll keep this takeaway short and sweet, since a good portion of it was a great demo on the different uses of the axe Linter, unit testing, and more, but I liked their philosophy for and dedication to finding accessibility issues early on and fixing them before they ever hit production. They basically broke the different things that can be done into three groups: Individual, Team, and Organization. As individuals we can do our best to edit our code as we go, conduct interactive testing write unit tests, and provide our code to team repositories. As teams, we can check each other by gating code quality, reviewing one another's code running automated tests and assuring quality. As an organization, we can strive for auditing compliance, monitor ADA risks in our projects, and keep track of "technical debt," or how prevalent issues can be. Did I mind Deque's plug for several of their products during this talk? No, I did not. Perhaps we'll see what we can incorporate into our own practices other than the linter!

Accessible Forms: It’s Not as Difficult as You Think

Some aspects of this talk were old news for me, like use of color and setting up corresponding aria attributes and IDs so your fields and labels have correct relationships. What I found really valuable were all of the different demos that showed markup, accessibility attributes, and the different ways screen readers interpret different execution options. It must have been time consuming to build all of those out, so thank you Maria! It was interesting to learn a little more on the ways that screen readers can interpret aria attributes vs. others, such as aria-required and required. Keeping in mind how these affect screen readers, keyboard users, and also form validation can be tricky, but this talk helped to illustrate the differences and the best paths forward for different types of form fields and controls.

Current Digital Accessibility Litigation Landscape and Increased DOJ Enforcement of Title III of the ADA – How Can Risk be Effectively Mitigated?

This talk reaffirmed some of the disappointing news that the DOJ doesn't have any near-term plans for rule-making for website accessibility. However, they are taking increasing steps to strictly enforce Title III of the ADA (Americans with Disabilities Act). They've also finally updated the recommended compliance level from WCAG 2.0 to WCAG 2.1, so only about five years behind. Progress!

On the litigation side of things, surprise, surprise, it's on the rise. I has been for the past several years, especially with the pandemic driving so much business online. Demand letters are on the rise as well, some with specific WCAG complaints and some that are quite vague. The majority of litigation comes from California and New York (also Florida), that have additional acts in place to protect individuals with disabilities.

Lori and Michelle's advice (except it's not legal advice) is to work on compliance now and continue working towards it, by auditing and remediating issues, educating your team, posting an accessibility statement, and requiring compliance from third-party vendors. Seems obvious, but many companies are far behind the curve despite the legal landscape these days.

Best part of the talk? Q&A at the end when asked about widgets and overlays, Lori made a statement that widgets and overlays meant to remediate accessibility issues not only don't fix the underlying problem, but they effectively created two different websites, segregating the audience. She followed this up with saying that she believes overlays do not conform to the spirit or letter of Title III of the ADA, and are made for the American people with disabilities. She also doesn't believe they are sufficient defense in litigation. While nothing they said is allowed to be construed as legal advice, she is a lawyer, so I believe her!

I'm not a fan of going into crazy details on talks that focus on practical applications and demos, so I'll keep this short. Rob made me want to try a project using Spectrum, Adobe's React implementation of their design system. Or at least some of their packages. People can build powerful and sophisticated applications in React, but often, unless they pay special detail to accessibility, they can be unusable experiences for users of keyboards, screen readers or other assistive technology. Rob showed several different examples of ways they've handled focus management in complex widgets that don't follow any standard ARIA patterns, making sure users don't lose focus when interacting with something (ex. closing something where focus was nested within) or maintaining visual focus when scrolling or jumping in and out of a long list. Even things like looking up things in a long list to move focus down appropriately were great. If we redo some some other complex rebuilds ourselves, I might look into using some of their elements or emulating their solutions. Or at least, I'll talk to Sam about it!

I am completely beat. The last three days were chock-full of great information, demos, and ideas. I'm excited at the increasing attendance conferences like this are getting as well as the pushes that are being made to incorporate accessibility into practices and protecting people with disabilities from discrimination as equals. I intend to revisit our own internal accessibility practices to see if we can incorporate more unit testing and linting company-wide, as well as revisiting a lot of e-commerce and forms on client sites to see what can be improved. Thanks for another great axe-con, Deque! 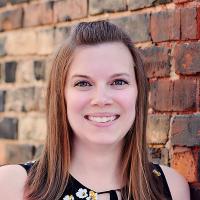 The Ins and Outs of Accessible Videos

Accessibility
Client Resources
Video can be a great way to communicate content in an interesting way, but you need to have alternative methods in place to communicate the video content to users that can't access it the same way. Learn how to make your video content available to everyone.
Ashley Helminiak
Event Recap

Accessibility
Team Insights
Ashley shares her thoughts on the talks that opened the three-day accessibility conference.