Drupal vs. WordPress: A Breakdown of CMS Differences, pt. 1

When a client needs a website built, there many things to consider when choosing the right platform: hosting, maintainability, editing experience, etc. Does the client plan on doing a lot of content management themselves? Is it a large and complex site with eCommerce? As a front-end designer and developer, there are many things to consider as well. How customizable does the site need to be? What platform would be best suited for the site? At a recent GRupal Meetup, Haley and I explored the differences between two CMS platforms from a front-end perspective. Going over key features and functionalities, we compared Drupal and Wordpress to see which would come out on top. In the post I’ll go over the first three differences we discussed; customizability, user interface, and security.

When I say customizability, I’m talking content and page types. With WordPress you get two page types out-of-the-box: Page and Post. It’s possible to get other types like portfolios, testimonials, team members, themes and plugins, but you’re often reliant on what particular fields and customizations the theme comes with. With Drupal, there are several more out-of-the-box content types, plus the ability to easily edit and create new content types within the UI. The upper hand in this case goes to Drupal. A front-end designer/developer can create all necessary content types, views, and fields without relying on a developer or theme inclusion.

There are pretty major organizational differences between the Drupal and WordPress UI. Drupal 8 was released with a more streamlined UI than in the past, but is very much organized around developer needs and has a bigger learning curve. On the other hand, WordPress UI is centered around content creation/management, and is more intuitive and user-friendly. WordPress gets the edge for UI, due to it’s ease of use and smaller learning curve.

Here’s a basic rendering of Drupal and WordPress structures so you can see the customizability of Drupal and UI organizational differences.

Both WordPress and Drupal have security teams to monitor themes, plugins, modules, etc. for security vulnerabilities. The Drupal community is centered around contributing patches and improvements to items on drupal.org, which go through a strict review process before they’re officially contributed. The WordPress community is more centered around bug reports and feature requests to the plugin/theme authors, with said authors being in charge of supporting and maintaining the plugin. Drupal is more secure than WordPress because of the strict review process and community participation, where WordPress sites may be at higher risk for security vulnerabilities depending on the quality of plugins and themes used.

In the next post we’ll continue going over WordPress and Drupal differences regarding, themes, plugins/modules, and cost and accessibility. Is there a winner? We’ll find out. 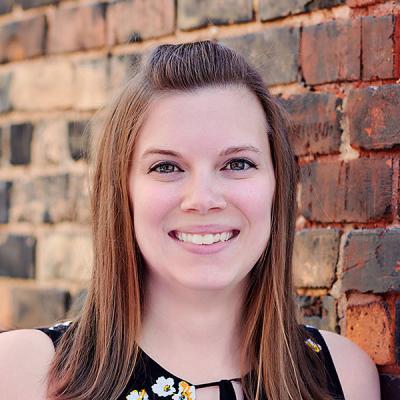 Ashley is a front-end design/developer with a diverse background in graphic design, digital accessibility and strategic planning.

Back-end Development
Drupal
Planning & Strategy
At this months GRupal Meetup we discussed a few different ways to set up a local development environment.